The natural world and the built form have traditionally been at odds, the latter being developed to ultimately act as a protective barrier between us and our environment. Today, however, as the vulnerable party becomes the environment, we find that the roles have reversed, architecture’s role as protector remains constant. Architects can help the environment by reducing, eliminating, and reversing buildings’ carbon footprint.

Outbuildings take up almost 60% of the total energy produced nationwide. This high demand drives the thirst for a call and fossil fuels, and significantly contributes to total emissions. By developing, first, more energy efficient construction methods, for instance by algorithmically analyzing the shapes of trees and incorporating them naturally into designs without expending time and energy to turn them into lumbar, architects can reduce the energy consumption. Moreover, the building can be designed to reduce energy consumption over its lifetime by insulating and ventilating appropriately. In Hong Kong, for example, mini apartment complexes are now being built so as to facilitate the circulation of air between Howard locks, which limits the need for air conditioning. By incorporating natural light into their considerations, architects can also create an interior environment which requires less artificial illumination, which is both environmentally friendly and benefits the psychological well-being of its human occupants. 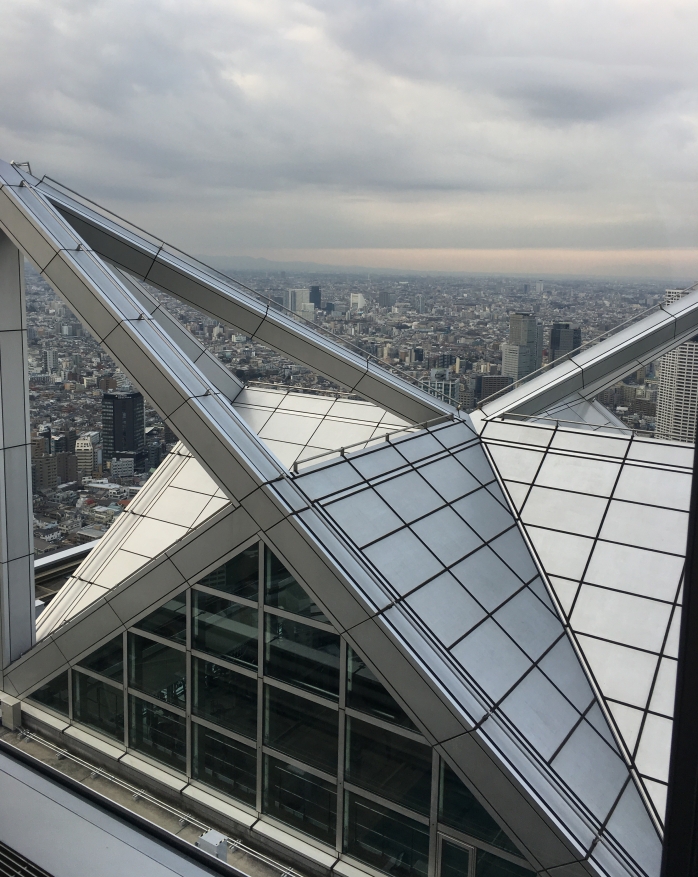 Park Hyatt (Tokyo) of “Lost in Translation”-fame: Kenzo Tange incorporated daylight in many different ways into the design

Thus, architecture can be easily used to shift buildings’ carbon footprint towards neutrality.

Architecture can even be used to begin reversing the harms we have caused the environment by transgressing mere sustainable design, which is passive, and taking on an active role in replenishing atmospheric cleanliness and fulfilling our energy needs. The former can be achieved naturally or artificially.

First, the incorporation of green spaces and garden areas, be they in courtyards, on rooftops, or on terraces, brings the environment back into the urban landscape. Not only city planners, but all architects truly should approach that accept this responsibility.

Up on the “Peak:” this is probably one of the most beautiful vertical gardens in all of Hong Kong

Second, developments in material technology allow the construction of facades which recycle air. While currently only in use as statement pieces and pavilions, such materials, were they widespread, could presumably allow cities to aid the ailing rainforests in their task as lungs of the planet. Renewable energy generation as intrinsic feature of architecture can also help reverse our carbon footprint. While not every house need sprout a wind turbine, solar panels today are cheap and easily available, most recently in forms which convincingly emulate traditional roofing and can consequently be integrated into designs without affecting the aesthetic of the building, a significant factor in many people’s rejection of solar paneling. Architects can therefore help the environment by actively taking a stand against pollution and natural degeneration through the careful application of environmentally friendly design.

Architecture represents a dialogue between architect and society; the message of a building resounds with people in their everyday lives. It is in this role that architects might find the greatest responsibility, as leaders. By showing, through design, that the environment is something worth protecting, they can raise awareness and sympathy with the environmentalists’ cars, inspiring others to following your footsteps period the story of the recovered environment begins with architecture; it is architects who must, can, and will, pour the first foundations.

One response to “The Environment and the Architect”