This is the second installment of our “Rendering with Copic Markers” series. I hope you enjoyed the first one on wood. Today, I want to give you a quick guide to taking on a very different challenge: the rendering of metal. I glossed over metals like chrome, gold, and bronze in favor of copper, simply because I love its warm, beautiful hue.

That being said, the principles underlying copper rendering are 100% applicable to any other metal. You need merely change the base colors to match the metal’s specific color (just as, were you to render a purple carpet, you would use the same techniques as for a green one), and voila, you have stainless steel in place of brushed copper! This is because the question of which technique to apply largely boils down to the finish of the material, not the hue.

Yet even this has particular issues associated with it. After all, not all metal surfaces are made the same way. For this reason,  I want to show you three types of copper, each with very distinct surface textures: brushed, hammered (beaten), and shiny.

In the final example I will change perspective a little, and zoom out to take the context of copper objects into consideration. In this case, a copper bathtub and sink, prominently positioned in the middle of a bathroom. To draw these items, I had to follow a slightly modified set of rules, which are detailed below. Generally speaking, I realized that I needed to lose detail in order to take more macroscopic features – such as proper highlights and shadows – into consideration. Only thereby was I able to properly represent the overall shape and texture!

One very important thing when drawing metals: the highlights are often very, very distinct. It’s what makes them look shiny. Therefore, I’d advise getting your hands on a nicely opaque white pen, or using acrylic white paint with a fine brush. 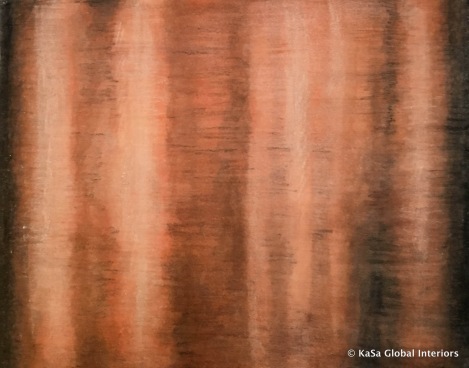 Brushed copper – the brushed effect was achieved with the help of tiny pencil strokes in different colors, all pointing in the same direction.

Shiny copper cylinder and block: Getting the reflections right is essential. Note, e.g. how the shadows reflect in the surfaces as well

Steps/Technique (based on reference photo)

Unfortunately, I have just got one “steps picture” for you here – I simply forgot to take any more while drawing … 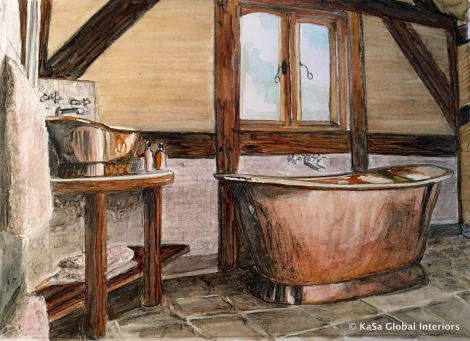 Since Christmas is coming up, perhaps try your hand at drawing some shiny baubles! Though the techniques are relatively straightforward, the final results have great potential to impress. I always find it fascinating how a non-shiny material (the marker paper) can be given the illusion of being reflective, almost like magic.